The Sun Temple at Konark, the Black Pagoda’ of European mariners The complex is in the shape of a gigantic chariot,  having elaborately ornamented chariot of the Sun god, Surya, wheels, pillars and walls.  The temple is a UNESCO  World Heritage Site , and has also featured on various list of Seven Wonders of India. It has twelve pairs of elaborately carved stone wheels which are 3 meters  wide and is pulled by a set of seven horses (4 on the right and 3 on the left).[6] The temple follows the traditional style of Kalinga architecture .

Odissa is famous for the majestic temple of Lord Jagannath at Puri (renowned for the spectacular Rath Yatra chariot festival), and for the glorious temples of Bhubaneswar. The Lingaraja temple is the largest temple in Bhubaneswar. The central tower of the temple is 180 ft (55 m) tall. Shiva is worshipped as Harihara, a combined form of Vishnu and Shiva.

Dhauli hills  are located on the banks of the river Daya. It is a hill with vast open space adjoining it, and has major Edicts of Ashoka engraved on a mass of rock.  Dhauli hill is presumed to be the area where the Kalinga War was fought. Ashoka had a special weakness for Dhauli, where the battle was fought. The Daya river is said to had turned red with the blood of the many deceased after the battle.

Nandankanan ,  Nandankanan has created its unique place for successful captive breeding of endangered Gharials in 1980. Birth of white tiger from normal coloured tigers has given a special place to Nandankanan over the world as one of the major host zoo for the white tigers.

Day 03 At7 am  Start for & visit Chilka Lake . Evening on Puri Beach . Night stay at Puri.

Day 06 At 7am Visit Bhubaneswar  . In Evening Get Trainfor Kolkata . Night Stay in Train.

We are always interested to make your trip enjoyable , we expect Your Physical  Stamina  and  Mental Enthusiasm  as the most important Co-operation to us .

OPTION AT THE MAIN PAGE OF  WEB PAGE OR BOOKLETS. 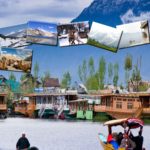